Who can forget the buzz around the infamous affair between Amitabh Bachchan and Rekha that have been doing the rounds for over decades now? By the end of the 70s, Rekha and Amitabh’s love affair made its way to the industry grapevine and became the cover story for most magazines. And at that time, he was already married to Jaya Bhaduri, when he fell in love with Rekha on the sets of the film, Do Anjaane (1976).

In a throwback interview with People magazine, Jaya Bachchan talked about her marriage with Amitabh Bachchan and his alleged romance with Rekha. When asked how she has managed to keep her marriage going for so many years and keep a man, that too such a desirable man, faithful for so long, the Guddi actress replied, “By just leaving him alone. You have to have the conviction. I married a good man and a family that believes in commitment. (Thinks) You must not get too possessive, especially in our profession, where you know things aren’t going to be easy. You can either drive the artist crazy, or you can help him or her grow. And if he goes, then he was never yours! (Smiles)” 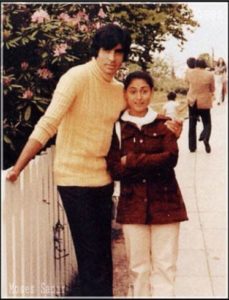 When probed further if those rumours about Amitabh Bachchan’s affairs must’ve disturbed her, Jaya Bachchan was quoted as saying, “(Thinks) You are a human being, you do react. If you react to negativity, you also react to positivity. You are reassured every second by gestures, by looks, by happenings, and that keeps you going. (Thinks more) A human being at a very vulnerable age and time gets carried away either ways, and if you are sad you are sad, and if you are happy you are happy.” 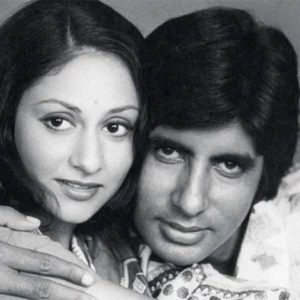 Without moving around the bush further, when the interviewer asked her if there was any truth in those affair rumours between Amitabh Bachchan and Rekha, Jaya Bachchan replied, “If there was any, he would have been somewhere else, na? People liked them as a couple on screen, and that’s fine. The media tried linking him with every one of his heroines. My life would have been hell if I had taken it all seriously. We are made of sterner stuff.” 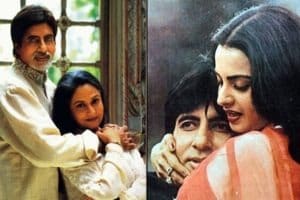 And if she minds if they work together again? Jaya Bachchan had stated, “No, why should I mind? But I feel it will be more like a sensation than actual work. And that’s a pity because one will miss the opportunity of seeing them together. Both of them probably realise it will go beyond work.” 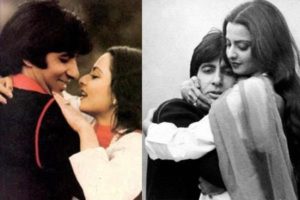 In the lap of time, let us take you back in the 80s and share an incident depicted by a Bollywood YouTube channel, Lehren Retro. A biography on Rekha titled, Rekha: The Untold Story uncovers an incident that happened in the life of these passionate lovers. Amitabh then was an already married man and his affair with Rekha was at its full peak. During the shoot for Laawaris, the Shahenshah of Bollywood reportedly fell in love with an Iranian dancer on the sets of the film.

Also Read: After An Affair With Amitabh Bachchan, Rekha Got Married, But Soon Her Husband Committed Suicide 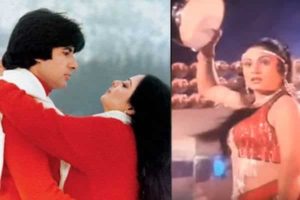 As luck would have it, it did not take much time for media to make this a headline and soon, this reached the ears of Amitabh’s then muse, Rekha. To seek the clarification, Rekha rushed to the sets of the film and it ended with a bitter fight when an infuriating Amitabh placed a few slaps on Rekha’s cheeks. The YouTube video also has it that a hurt Rekha had then rejected Yash Chopra’s Silsila. And apparently, Yash Chopra himself had to step in to convince Amitabh Bachchan, Jaya Bachchan and Rekha to do the film. Both Silsila and Laawaris went on to be released in 1981 and the rest is all history! 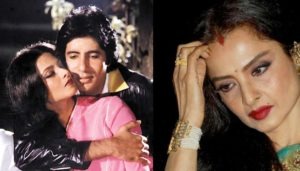 In an explosive 1984 throwback interview with Filmfare, Rekha, at length, spoke about Amitabh Bachchan, Jaya Bachchan and relationships. She had shared, “Why should he have not done it? He did it to protect his image, to protect his family, to protect his children. I think it is beautiful, I don’t care what the public thinks of it. Why should the public know of my love for him or his love for me? I love him, he loves me – that’s it! I don’t care what anybody thinks. If he’d reacted that way towards me in private, I would have been very disappointed. But has he ever done that? I ask you. So why should I care about what he’s said in public? I know people must be saying bechari Rekha, pagal hai us par, phir bhi dekho. Maybe I deserve that pity. Not that he has 10 rollicking affairs! Mr Bachchan is still old-fashioned. He doesn’t want to hurt anybody, so why hurt his wife?” 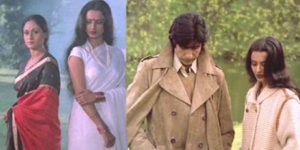 Do you want to see Amitabh Bachchan and Rekha back on-screen together? Keep us posted!

Facebook Twitter Pinterest Tumblr Bollywood’s relation with moolah at the box office has always known formulae. Their formulae of masala, action, bhai, and romance are very well known and loved by the audience. Being the […]

Photos: Amitabh Bachchan’s Wednesday wisdom is sure to leave you motivated

Facebook Twitter Pinterest Tumblr Amitabh Bachchan has not been keeping well of late and after his recent hospitalisation, he has been advised bed rest by the doctors. However, the megastar has made it a point […]