Aishwarya Rai Bachchan and Abhishek Bachchan hosted a special birthday party for their daughter Aaradhya, who turned 8 on Saturday. We got a sneak peek into Aaradhya’s birthday celebrations through pictures shared by several fan clubs on Instagram and Twitter. For her special day, Aaradhya opted for a pink ball gown with an extended flower, which gave her a princess like appeal. In the pictures, Aaradhya can be seen cutting her birthday cake as her grandparents Amitabh Bachchan and Jaya Bachchan, and her parents Aishwarya Rai Bachchan and Abhishek stand next to her. See the pictures from her birthday celebrations here:

We got a glimpse of Aaradhya’s birthday celebrations. The birthday girl, along with her parents Aishwarya Rai Bachchan and Abhishek Bachchan was photographed enjoying a giant wheel ride. Take a look at the inside pics here: 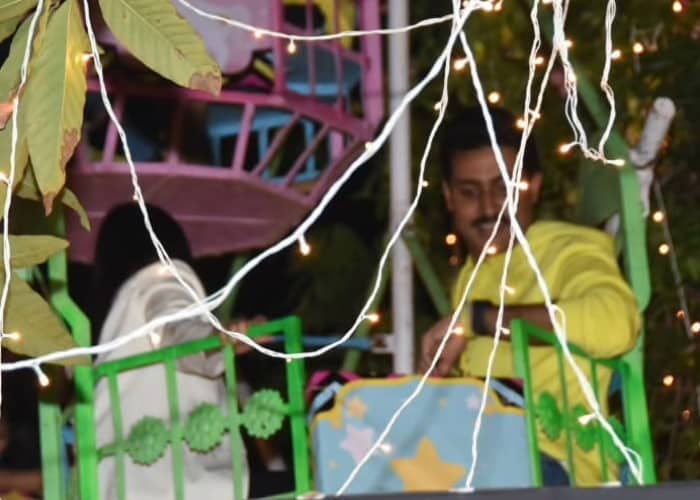 A glimpse of Abhishek Bachchan.

Riteish Deshmukh came along with wife Genelia and their kids – Riaan and Rahyl.

Karan Johar arrived at the party with his kids Roohi and Yash.

Aishwarya and Abhishek Bachchan married in 2007 and Aaradhya was born in 2011. Aishwarya Rai Bachchan’s last release was the 2018 musical Fanney Khan, co-starring Anil Kapoor and Rajkummar Rao, which was a box office debacle. She recently dubbed for the Hindi version of Disney’s Maleficent: Mistress Of Evil.

Facebook Twitter Pinterest Tumblr Amitabh Bachchan is a true inspiration in professionalism. The superstar who is a workaholic can’t take breaks from his work even if he is unwell. The actor who was apparently not […]

The Crore Of The Matter: How The Rupert Murdoch-Amitabh Bachchan Magic Made India ‘See Star’

Facebook Twitter Pinterest Tumblr While they were still talking, late in February 2000, Murdoch senior came to town after four long years. And in a meeting that has now become part of corporate legend, he […]