Did you know that Amitabh Bachchan was not the first choice to play the role of Raj Malhotra in Ravi Chopra’s film Baghban?

In the year 2003, director Ravi Chopra entertained the audience with one of the most heart-touching movies of Indian cinema- Baghban. The movie stars Hema Malini and Amitabh Bachchan in lead roles and Salman Khan, Aman Verma, Samir Soni, Saahil Chadha, Nasir Khan, Mahima Chaudhry, Paresh Rawal, Rimi Sen and Lilette Dubey in supporting roles. This film was an unofficial adaptation of the highly acclaimed 1937 Hollywood film Make Way for Tomorrow which had been adapted on-screen multiple times. Baghban marked the collaboration of Hema Malini and Mr. Bachchan after a gap of 20 years after the 1983 film Nastik. 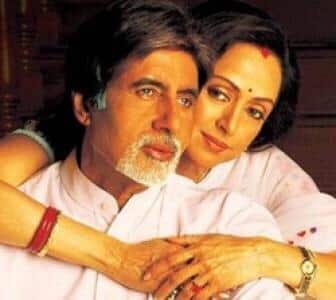 Big B’s performance in the film won him several accolades. But did you know that Amitabh Bachchan was not the first choice to play the role of Raj Malhotra in the film? Filmmaker BR Chopra had offered the role of the main lead in Baghban to his favourite actor, Dilip Kumar.

According to Achala Nagar, writer of Baghban and the author of the novel, Dilip Kumar had turned down the offer as he could not decide on his co-actress. Achala said, “When BR Chopra approached Kumar for the role, he had said that neither Nargis nor Meena Kumari was alive and even Raakhee had stopped working in films. He rejected the role because he believed that no contemporary actress was suitable to play the role opposite him.” 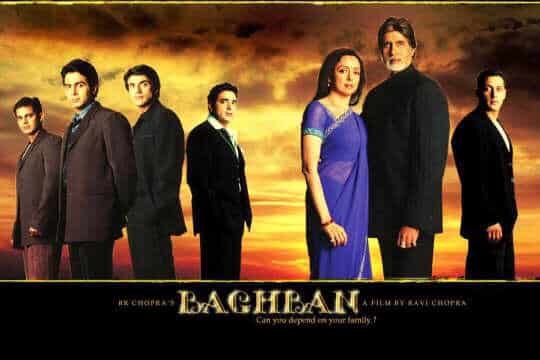 The author further added, “Dilip Kumar could not think of anyone who would be able to measure up to him, both in terms of seniority and name. So, the film could not go on floors then.” Twenty years later, B R Chopra passed on the script to his son, director Ravi and he brought Hema Malini and Amitabh Bachchan on board. The film was a massive hit.

Baghban was premiered at the Leeds International Film Festival, England. It was critically acclaimed and went on to become one of Chopra’s biggest hits. For the uninitiated, Baghban revolves around Raj Malhotra and his wife, Pooja, who sacrifice everything to let their four sons have a happy life. However, when Raj retires, his sons become selfish and treat their parents with disrespect. The movie was called ‘the most heart touching movie of Bollywood.’ 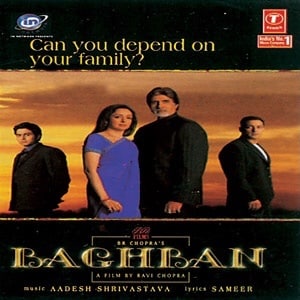 After getting the fans all excited with the on-set pictures, the makers of Amitabh Bachchan starrer ‘Jhund’ have now unveiled the first official first look poster and it is sure to leave you all intrigued. […]

Amitabh Bachchan wanting to record Shweta Bachchan’s ramp walk at a recent show is every father ever; WATCH

Facebook Twitter Pinterest Tumblr For every father, his little girl is his entire world. Everything ceases to exist for a father in the presence of his daughter. In Bollywood, there are many father-daughter duos whose […]