Amitabh Bachchan’s professional ethics are something which every actor should preach. The veteran is known for his mannerism and that is what makes him the Big B of Bollywood film industry.

The actor who is now gearing up for his yet another promising film ‘Brahmastra’ has recently signed yet another project, which will star Emraan Hashmi. Big B shared this news to his fans through social media.

The film which is a courtroom drama will be directed by Rumi Jaffrey. The cast and crew of the film has been locked and accordingly, the team will start shooting for the film soon.

Meanwhile, we came across a few pictures from Anand Pandit’s office. In the picture we can see Amitabh with a cervical neck band. He was seen engrossed in some conversations as he made his exit from the office. A little birdie quipped that despite being unwell, he was at the office for the script reading session.

Hats off to you Mr. Bachchan! 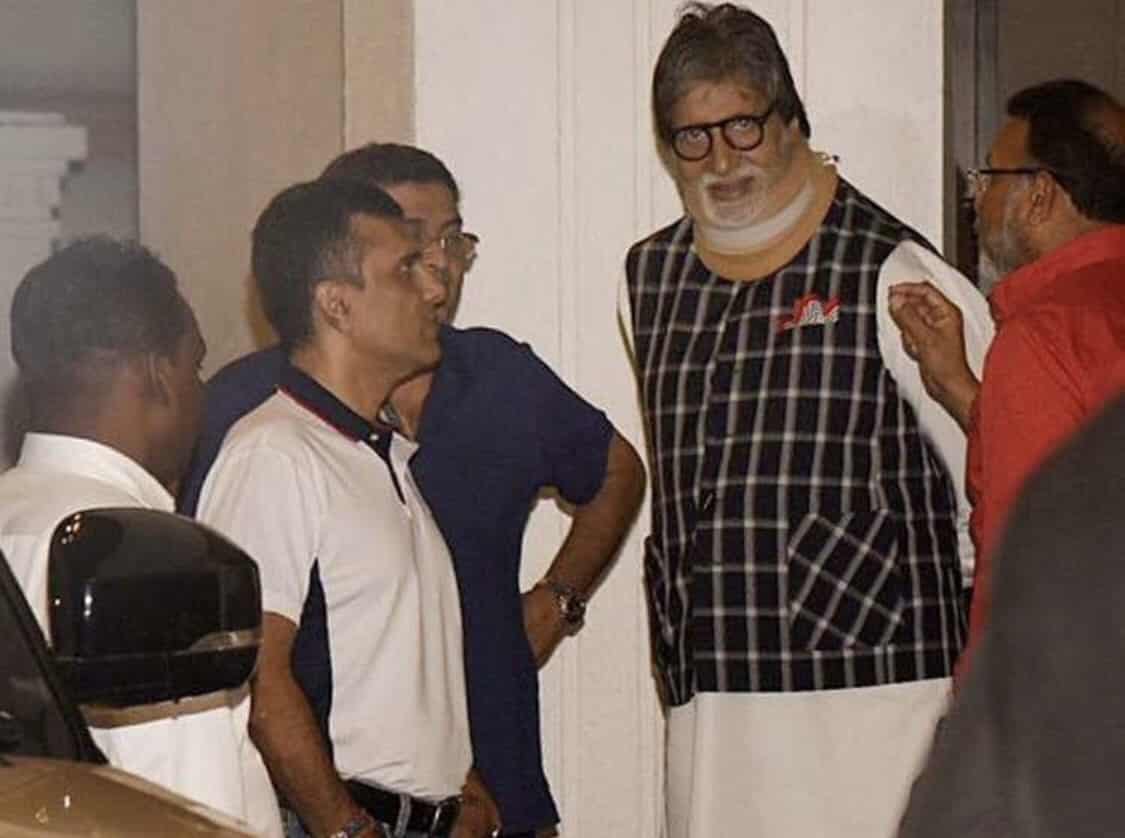 For the uninitiated, this untitled film is produced by Anand Pandit and shall release on 21st February 2020. The film will also star Annu Kapoor and Saurabh Shukla.

Love for his craft is the key to Amitabh Bachchan’s long career: Hema Malini

Facebook Twitter Pinterest Tumblr “I have worked with Amitji in dozen-odd films, and I can say each experience has been a memorable one. I fondly recall all the great time we had working together in […]

Facebook Twitter Pinterest Tumblr The makers of the upcoming Marathi film AB Aani CD have released the first poster for the film, which features Bollywood superstar Amitabh Bachchan and veteran actor Vikram Gokhale. This is […]