Bollywood superstar Amitabh Bachchan’s old Mercedes-Benz S-Class 350 L luxury sedan has been put up for sale on OLX for a staggering asking price of just Rs 9.99 Lakh! Too good to be true?

If anyone knows anything about Bollywood and Bollywood actors, then there’s hardly a possibility that they don’t know about Bollywood Star Amitabh Bachchan, and perhaps, his immaculate taste when it comes to his choice of wheels. Over the years, Amitabh Bachchan has been known to have great cars in his garage including the likes of the Land Rover Range Rover, Lexus LX570 and the Bentley Continental GT. The Bollywood legend also recently added a Mercedes-Benz V-Class to his garage which is the most luxurious MPV that is on sale in India.

Now, however, as per an advertisement on OLX, Amitabh Bachchan’s old Mercedes-Benz S-Class Luxury sedan is up for sale and that too for just Rs 9.99 Lakh! One of the reasons for the steep drop in price could be the fact that it is currently owned by the third owner of the car, so it has exchanged a few hands over the years.

But it is the same coloured car, with the exact same registration number, like the one in which the Bachchan family has been spotted several times. 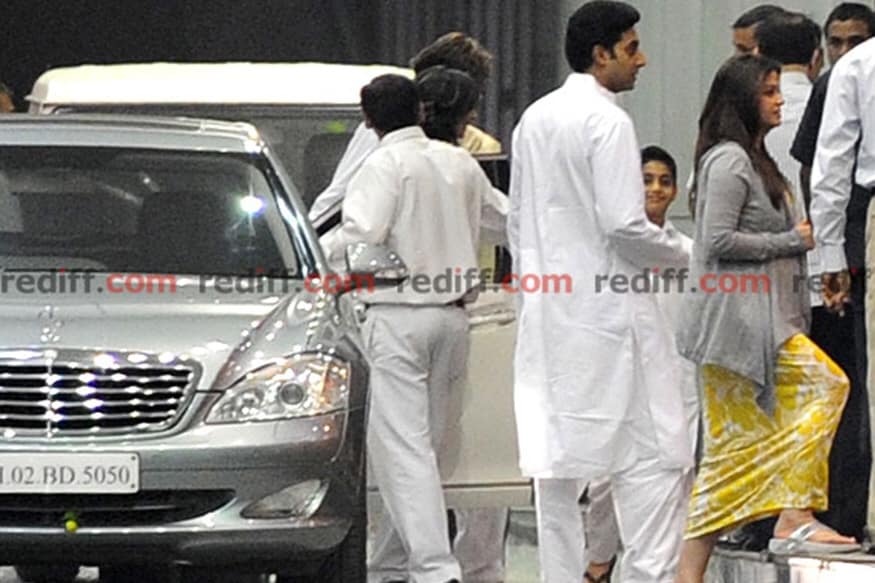 The model in question is the 2007-make Mercedes-Benz S-Class 350 L, where ‘L’ signifies extra wheelbase which means, this particular model has more space on the inside than the regular S-Class. This variant is powered by a 3,498cc V6 petrol engine that makes 365 horsepower and 345 Nm of torque. And, as the post mentions, the car has run a total of 55,000 km as per the odometer reading.

While we cannot independently verify that it is this exact car that belonged to Amitabh Bachchan, if what is claimed in the post is true, it does, however, make for an interesting opportunity for the veteran actor’s fans to get memorabilia of their favourite actor. And the fact that it costs less than several budget compact SUVs right now, is just the cherry on the cake.

Amitabh Bachchan shares old letter written by Abhishek. Junior B makes fun of his own writing

Facebook Twitter Pinterest Tumblr 1978 blockbuster Don has much more to it than Amitabh Bachchan. The film, which will complete 38 years now, did not become a cult for no reason. It had the best […]