It has been over 46 years that Jaya Bachchan and Amitabh Bachchan have been living their ‘happily ever after’ and only recently did we get to know an insider update about the couple.

Ye Kahan Aa Gaye Hum… Yuhin Saath Chalte Chalte- Marriage is a beautiful knot that ties two people for an eternity. Not only do you get a permanent roommate for life but a person who would stand by you in all your highs and lows. Somebody, who will be eagerly waiting to come back to, somebody who would not catch the premiere of the favourite shows that you watch together and wait for you to come back. A person with whom you would want to envision kids, grandkids and leading a life of happily ever after. And speaking of celebrity jodis, legendary actors, Amitabh Bachchan and Jaya Bachchan get a special mention.

Amitabh Bachchan and Jaya Bachchan were a hit pair of the 70s. They have starred in over dozens of films together and all the films turned out to be huge box office successes. Soon after their on-screen story started creating some major buzz in the industry, Amitabh ji and Jaya ji took their relationship to a whole new different level when they decided to upgrade their relationship from lovebirds to husband and wife. It was on the fortunate day of June 3, 1973, when Jaya ji had omitted ‘Bhaduri’ from her surname and replaced it with ‘Bachchan’. 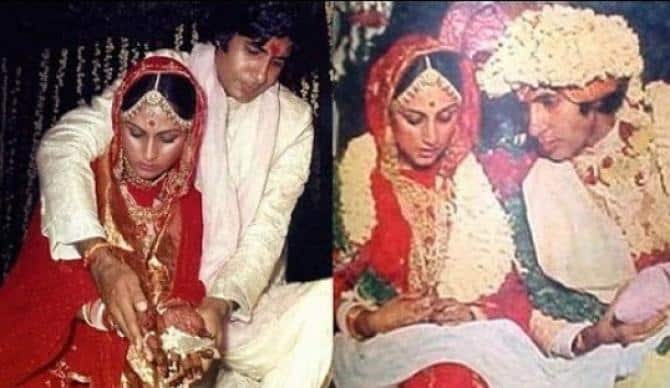 It has been over 46 years that Jaya Bachchan and Amitabh Bachchan have been living their ‘happily ever after’ and only recently did we get to know an insider update about the couple. Amitabh Bachchan is currently hosting the 11th season of Kaun Banega Crorepati and it was on the very show, that the legend shared a secret. When a contestant on the show was talking about his love life, the Shahenshah of Bollywood revealed the name by which he has saved his wife, Jaya ji’s number on his phone. Any guesses as to what would it be? Amitabh ji has saved Jaya ji’s initials as her contact name, which turns out to be ‘JB’! 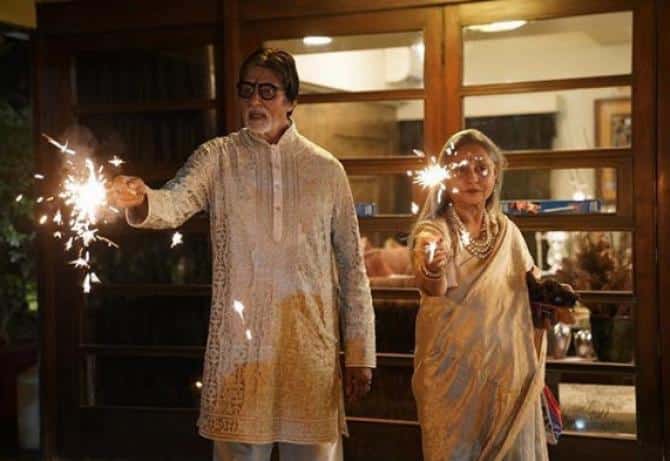 In an interview with the IANS, Amitabh Bachchan had shared that all the Bachchan members love watching KBC but there is someone who ensures that she doesn’t miss it. Amitabh ji had revealed that even if she is occupied with work, she creates bandwidth for herself and watches the show without fail. For this, Amitabh ji had publicly thanked his wife for never missing an episode of the show. How cute is that! 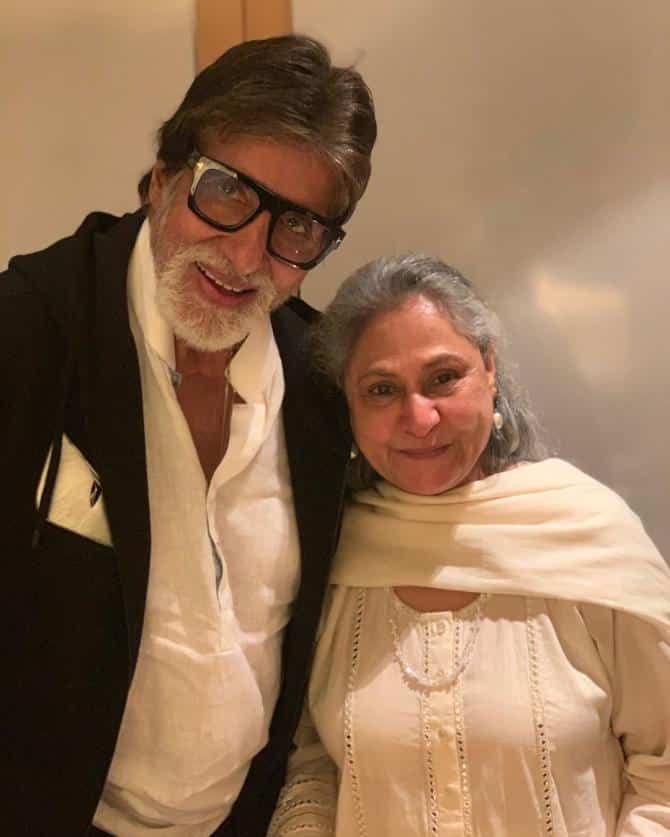 Amitabh Bachchan is an active blogger and pens his thoughts in the form of blog posts on a regular basis. In one of a ‘revelation blog’, Amitabh ji had shared that his father, Harivansh Bachchan had told him to get married and only then he could go on a holiday with his then ladylove, Jaya ji! Sharing the same, Amitabh ji had written, “I lived on the 7th Road of this society.. on a rented house.. marriage had been decided among us… nothing to be exaggerated or celebrated with any aplomb.. just the two families and.. done.. off to London, my first trip ever and hers too… Zanjeer a success and a promise that if it did well we would all – a gang of our friends – would go on a holiday to London! Seeking or rather informing parents that we were a group of friends going to England .. who all are going came the query from Babuji .. names disclosed .. Jaya is also going with you.. you both are alone… yes.. if you have to go marry and go… ok..” 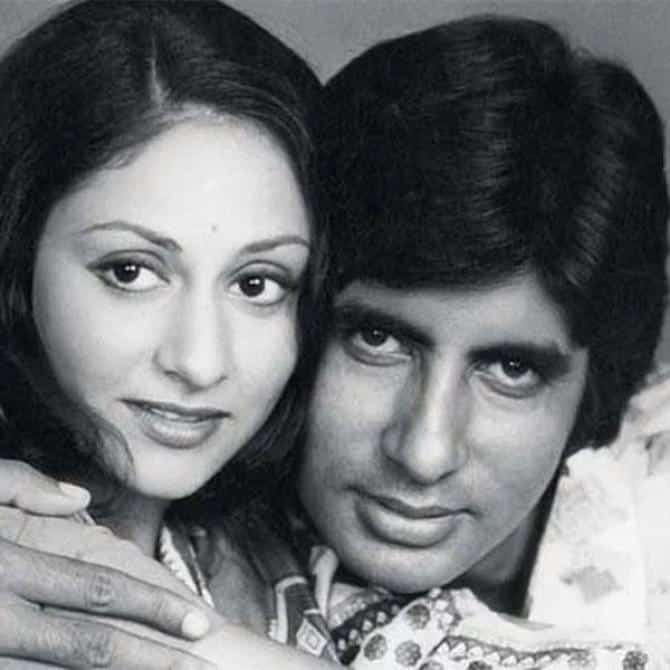 Amitabh Bachchan’s blog post further gets all interesting and he had further added, “Pandit and family informed.. next day all set.. flight at night… marriage to finish before the flight. I dress up in formal marriage Indian.. get into my car and want to drive to Malabar Hill where her friends lived and where the ceremony was to be done… my driver Nagesh, pushes me out and insist he would drive me to the wedding.. the substitute for the tradition horse… Waiting all set at Mangal, the name of the house on rent on the 7th road JVPD Scheme.. and it begins to drizzle.. neighbours rush out to me… leave for the wedding now.. the rain is a good omen.. off I went.. wedding over in a few hours… done… Mr and Mrs proclaimed.. over!!” 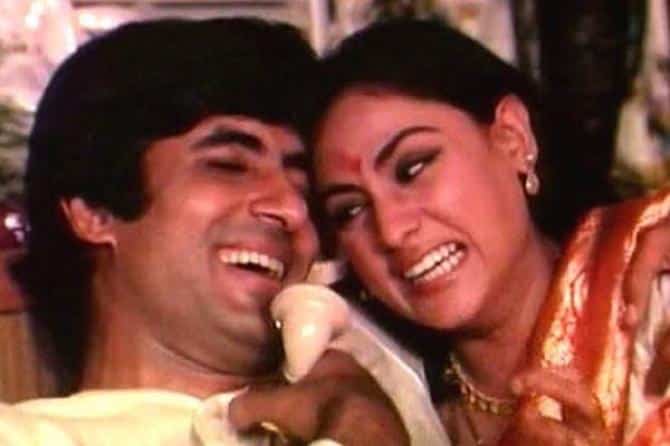 Isn’t that great? How have you saved your partner’s number on your phone? Keep us posted!

Facebook Twitter Pinterest Tumblr Amitabh Bachchan has penned a heartfelt note on veteran action director Veeru Devgan, who passed away on Monday. The megastar took to his blog to write a lengthy note, sharing an […]

The Crore Of The Matter: How The Rupert Murdoch-Amitabh Bachchan Magic Made India ‘See Star’

Facebook Twitter Pinterest Tumblr While they were still talking, late in February 2000, Murdoch senior came to town after four long years. And in a meeting that has now become part of corporate legend, he […]