New Year 2020 is filled with hopes, joy and beautiful wishes from our fav celebs. Amitabh Bachchan took to his twitter handle and wished his fans by posting an adorable picture with his grandchildren.

New Year brings in a lot of happiness as we eagerly look forward to new aspirations and set new goals for the year. While we plan to ring in New Year with much joy, we also make sure to prepare a wishlist of the things we will do for the year. Be it planning the vacations in advance or keeping a track on the fitness, everybody has their own set of resolutions to follow. Talking about New Year takes us to our social media feeds which are filled with adorable New Year posts and to die for pictures of our favourite celebrities. Joining the list of celebrities is Amitabh Bachchan, who wished his fans in one of the most beautiful ways.

Also Read: How Music Composers Shiv-Hari Got Amitabh Bachchan To Sing In ‘Silsila’

The shahenshah of Bollywood, Amitabh Bachchan dotes on his grandchildren, Navya Naveli Nanda, Agastya Nanda and Aaradhya Bachchan and shares a very warm bond with them. In an interview with IANS, the daadu dearest had revealed that he loves spoiling his grandchildren and often takes advantage of his authoritative post. He had also revealed that because of his authoritative position in the family, their parents would not oppose him. Amit ji is surely an epitome of a doting grandfather.

On January 1, 2020, Amit ji took to his twitter handle and posted a picture with his grandchildren, Navya, Agastya and Aaradhya to wish his fans on New Year 2020. In the picture, Navya looked beautiful in a beige coloured salwar suit whereas, Aaradhya flaunted her red dupatta over her white coloured kurta. On the other hand, Jaya ji looked pretty in a yellow coloured suit and Agastya twinned with his dada ji in the shades of beige.

Amit ji once wrote a letter for his granddaughters, Navya Naveli Nanda and Aaradhya Bachchan, which could be read as “My very dearest Navya and Aaradhya, You both carry a very valuable legacy on your tender shoulders – Aaradhya, the legacy of your pardadaji, Dr Harivansh Rai Bachchan…and Navya, the legacy of your pardadaji, Shri H P Nanda…. Both your pardadajis gave your present surnames celebrated fame, dignity and recognition! Both of you may be a Nanda or a Bachchan, but you are also girls…women! And because you are women people will force their thinking, their boundaries on you. They will tell you how to dress, how to behave, who you can meet and where you can go.”

His letter had further stated, “Don’t live in the shadows of people’s judgement. Make your own choices in the light of your own wisdom. Don’t let anyone make you believe that the length of your skirt is a measure of your character. Don’t let anyone’s opinion of who you should be friends with, dictate who you will be friends with. Don’t get married for any other reason other than you want to get married. People will talk. They shall say some terrible things. But that doesn’t mean you have to listen to everyone. Never ever worry about – log kya kahenge.”

Also Read: Smita Patil had a bad dream about Amitabh Bachchan the day before coolie accident 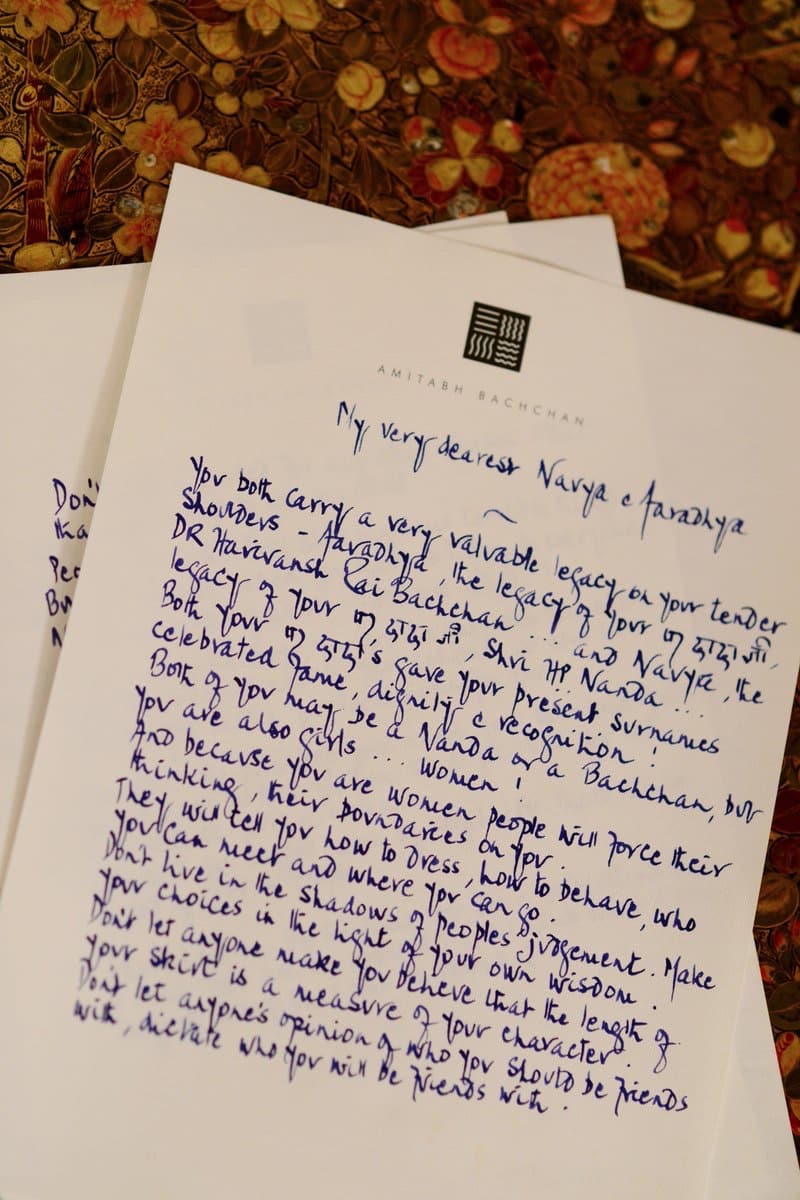 He concluded his letter by saying, “But I believe that it is women like you that will change that. It may not be easy, setting your own boundaries, making your own choices, rising above people’s judgment. But YOU! you can set an example for women everywhere. Do this and you would have done more than I have ever done, and it will be my honor to be known not as Amitabh Bachchan, but as your grandfather!! With all my love Your Dadaji your Nana.” 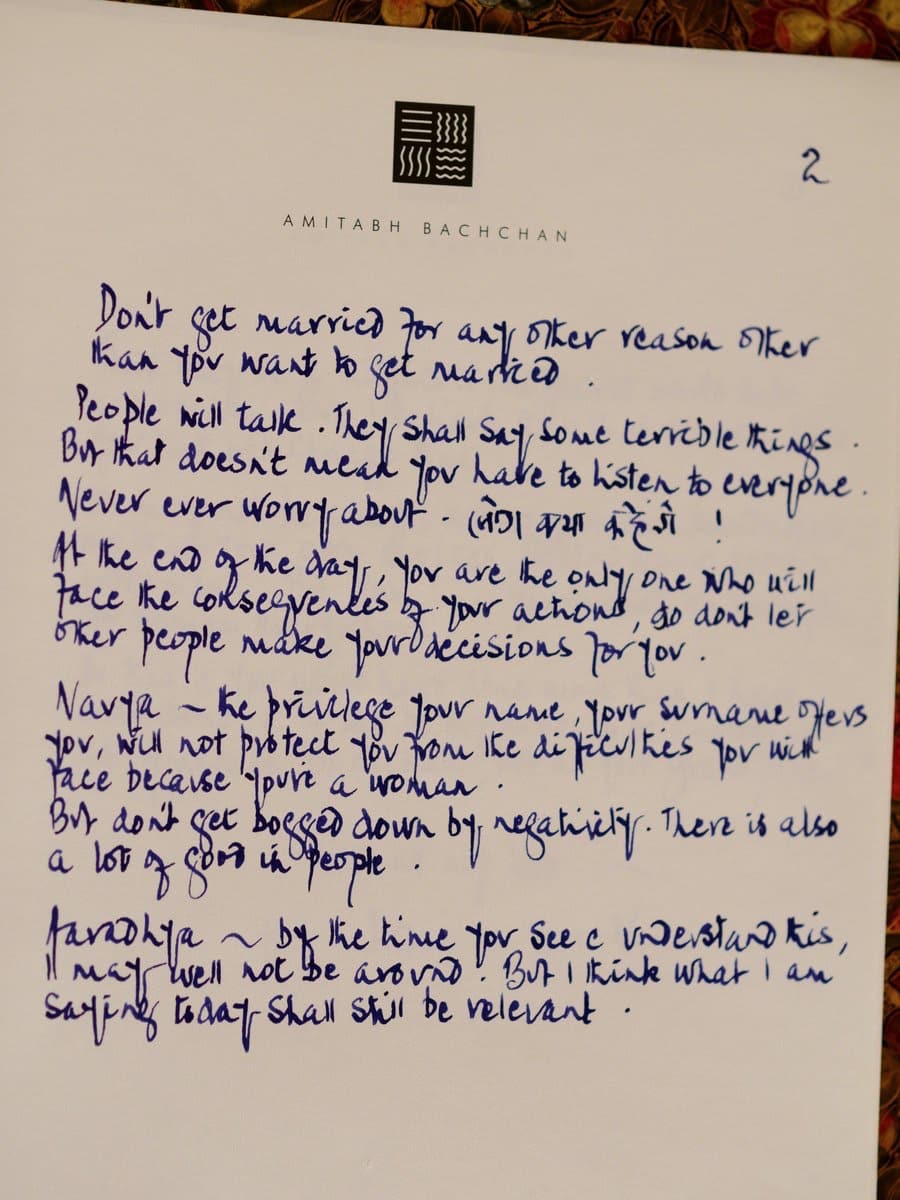 We love the bond shared by Amitabh with his grandchildren. Here’s wishing them a very happy New Year.

Facebook Twitter Pinterest Tumblr There is a scene in Deewaar, in which Amitabh Bachchan talks to God, that scene influenced Ali Abbas Zafar Director Ali Abbas Zafar says there is one iconic scene of Amitabh […]