This is not the first time Big B has helped the farmers.

Megastar Amitabh Bachchan has cleared the loans of over two thousand farmers from Bihar. 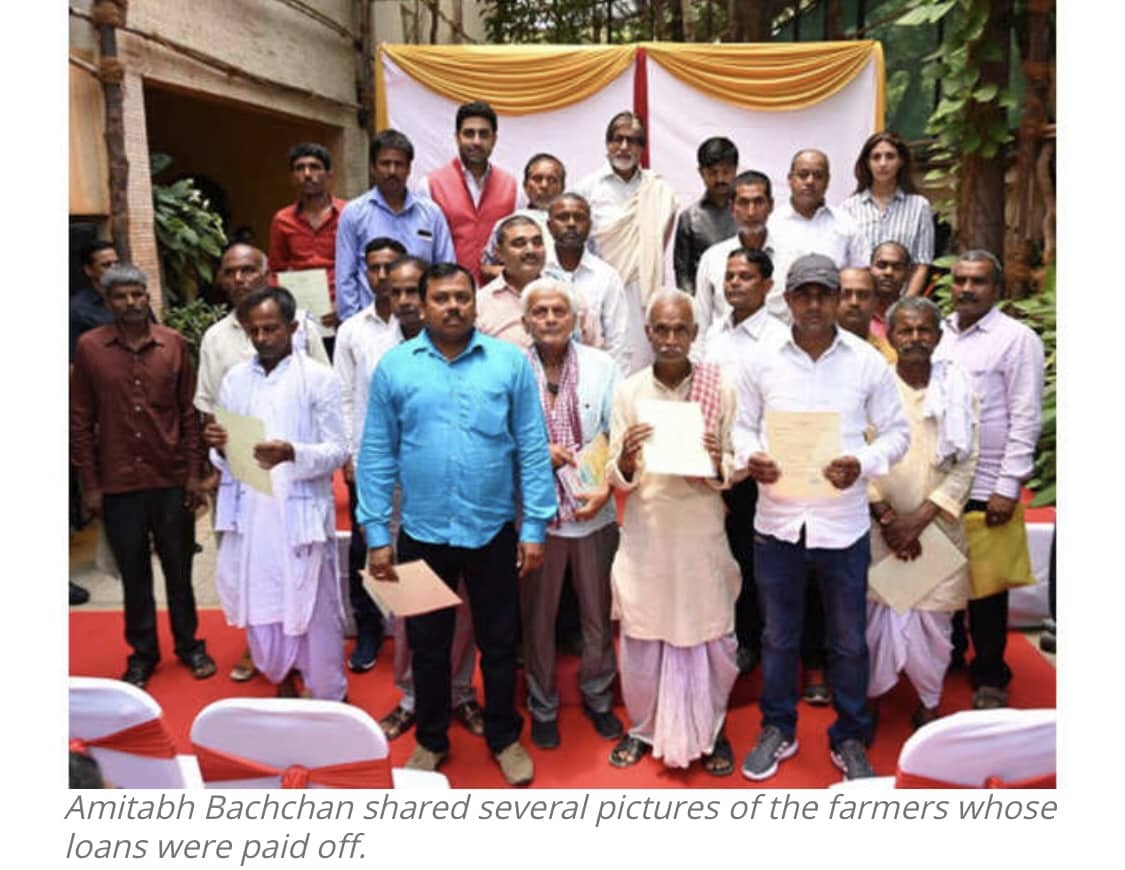 “A promise made done… the farmers from Bihar that had outstanding loans, picked 2100 of them and paid off their amount with a OTS (One Time Settlement) with the Bank called some of them over to Janak and personally gave it to them at the hands of Shweta and Abhishek,” Amitabh wrote on his blog. 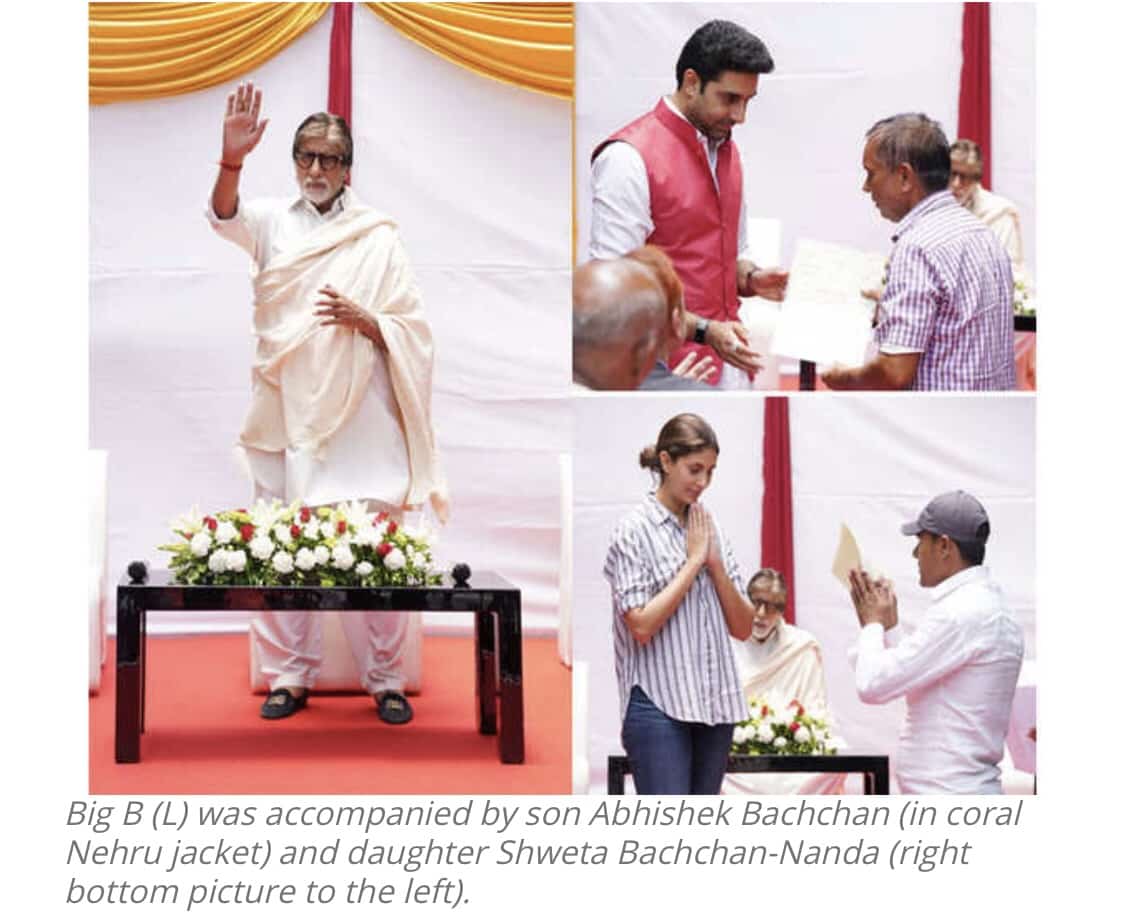 The cine icon had previously written that “there is the gift of those that suffer from the inability to pay back the loans. They be now from the state of Bihar”.

This is not the first time Amitabh has helped farmers. 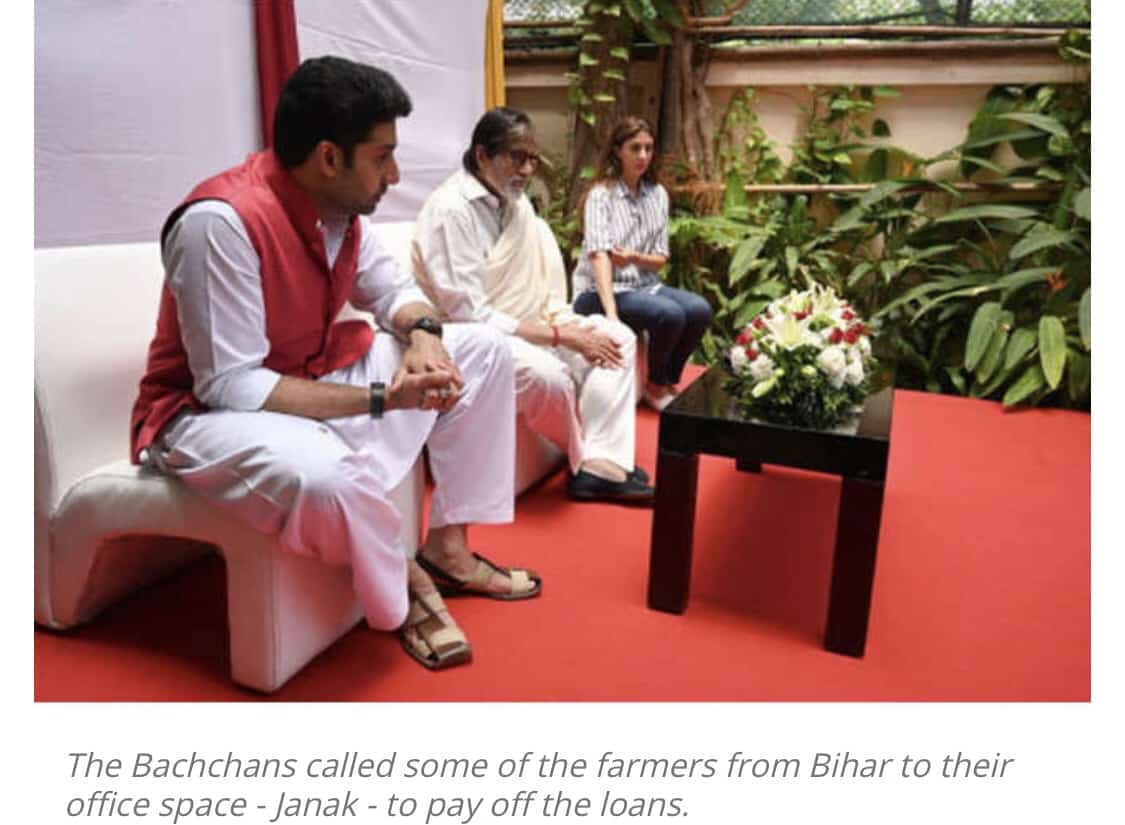 Last year, the “Piku” star had cleared the loans of over one thousand farmers in Uttar Pradesh.

The 76-year-old actor also wrote that there is “another promise to be completed”.

Amitabh Bachchan in biopic of adopted father of Rajnikanth!

Amitabh Bachchan is planning to act in a biopic next, and this biopic will also have his son, actor Abhishek Bachchan acting in it. […]

From the past couple of days, Amitabh Bachchan has been sharing pieces of advice with his fans to take precautions against the Coronavirus. He also cancelled his regular Sunday meet last week. The superstar had shared a message urging his fans not to come to Jalsa gate. […]