Ayushmann Khurrana has been nailing it with his performances one after the other. After giving a hard-hitting entertainer like Article 15, the multi-talented actor is back with a masala rom-com, Dream Girl. Talking about it, he said, “Dream Girl is my most commercial, masala film to date. I have always experimented with genres, with roles and scripts. I wanted to do something a little bit out there this time and have a lot of fun with it. It’s a quintessential, hilarious Bollywood comedy that we have all seen and grown up on. It also has a solid script.” 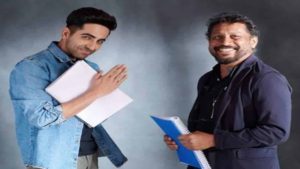 He further added, “I’m all for great commercial cinema that allows me to reach out to a much wider audience base and engage with them. I realised that by doing such masala movies, I’m actually widening the reach for my other films that I often do to spark a social conversation.” The actor is having a dream run on the professional front. He has got the opportunity to work with the legend, his favourite, Amitabh Bachchan in Shoojit Sircar’s Gulabo Sitabo. It’s Ayushmann second collaboration with the director after his debut film, Vicky Donor (2012). 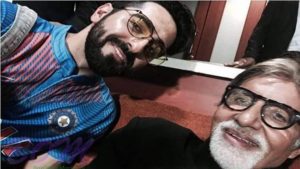 Recently, the actor wrapped up the shooting of the film in Lucknow. Talking about his experience of working with the Big B, Ayushmann said, “I had met him socially but on the sets, it was very different. He comes really prepared with everything. He knows your lines also. He’s an institution, he’s a living legend. Thankfully, he is that co-actor who’s very collaborative. So, the butterflies were gone when I met him on the set.”

Facebook Twitter Pinterest Tumblr Fifty years ago, if the selectors at All India Radio hadn’t rejected Amitabh Bachchan’s voice when he auditioned to be a news reader, Hindi film industry may have never got its […]