Bollywood megastar Amitabh Bachchan, who is entertaining viewers with his show Kaun Banega Crorepati 11 will turn a year older on October 11. The makers of KBC have left no stone unturned to make this occasion a grand one and several surprises are in store for the viewers and for Big B to celebrate the joyous occasion. Bollywood’s Shahenshah celebrated his 77th birthday on the sets of Kaun Banega Crorepati 11 recently in the presence of other imminent celebrities.

In 1969 Bollywood got its Superstar who proudly made a name for himself and has been ‘Shahenshah’ ever since then. With 77 years now and over 300 blockbuster movies under his belt he is continuing to rock with his evergreen charm. He is a true inspiration for people across age groups.

This year Bollywood’s angry young man is going to turn 77 with his 11th edition of Kaun Banega Crorepati on Sony Entertainment Television. The start of the weekend will be a full-on entertainment retreat for the viewers as AB’s birthday special will be celebrated with a surprise from Ustad Amjad Ali Khan. Accompanying him will be his son Amaan Ali Khan and Ayaan Ali Khan. Surprises will unfold as eminent sarod player Amjad Ali Khan Sahab will introduce and dedicate a new raag named ‘Harivansh Kalayan’ to Amitabh Bachchan. 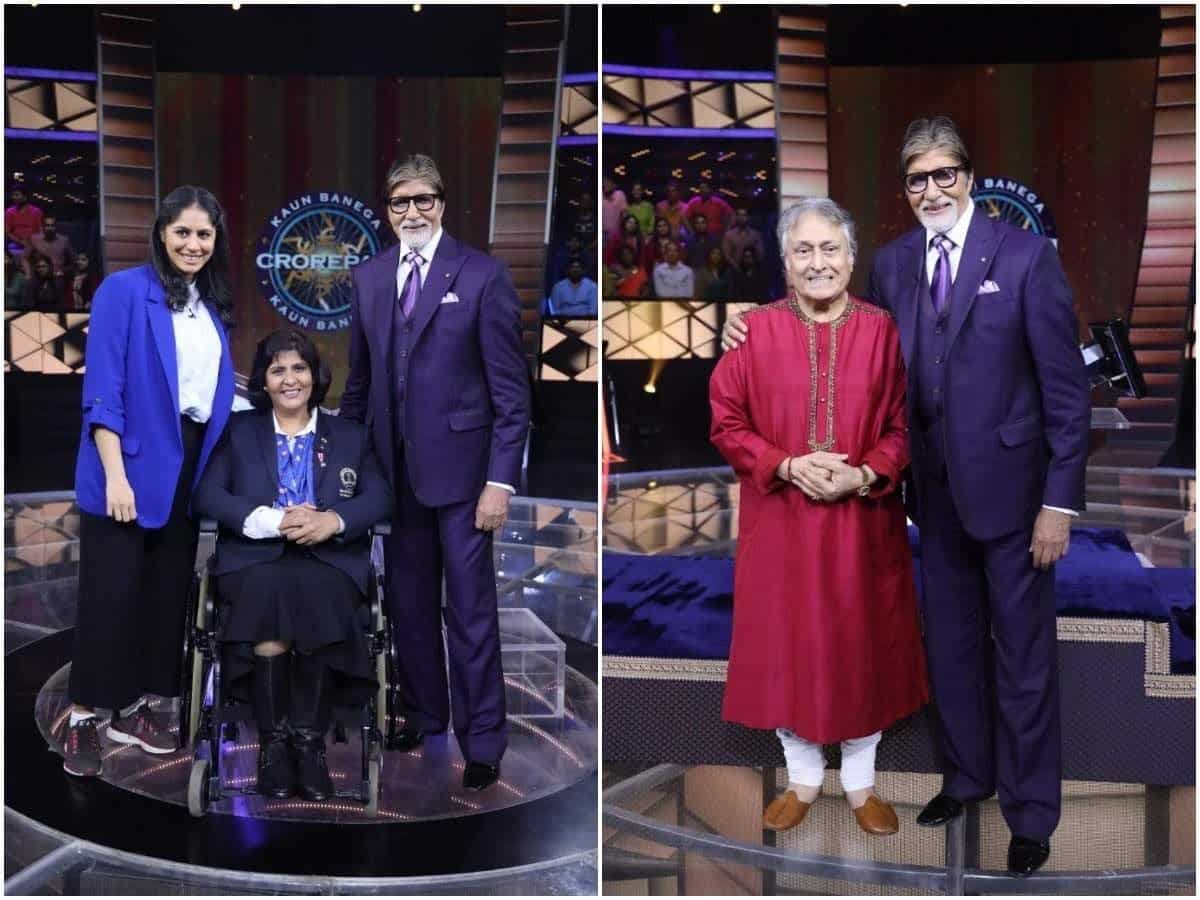 Facebook Twitter Pinterest Tumblr Looking dapper in a white suit, Amitabh Bachchan can be seen standing next to the stunning Nutan who had bagged the Best Actress award that year. Check out the photo below. […]

Amitabh Bachchan’s movies with Sanjeev Kumar that you shouldn’t miss; Check them out

Amitabh Bachchan is among the elite actors of his era. Over the course of his career, he has worked in several films with Sanjeev Kumar. Read on to know […]