The micro-blogging social media platform, Twitter is famous for trolls and opinions. And when the two get combined in a single tweet, it ends up getting backlash. When we speak of Twitter and trolls, one Bollywood celebrity who is used to them is Abhishek Bachchan.

So, what happened was that in a random philosophical discussion, a fellow Twitterati tagged Abhishek Bachchan accusing him of living with his parents. And the user ended up being put to her place by junior Bachchan himself. @stillyoungest, during tweet exchanges with a friend, tagged Abhishek and said, “Don’t feel bad about your life. Just remember @juniorbachchan still lives with his parents. Keep hustling everyone!” 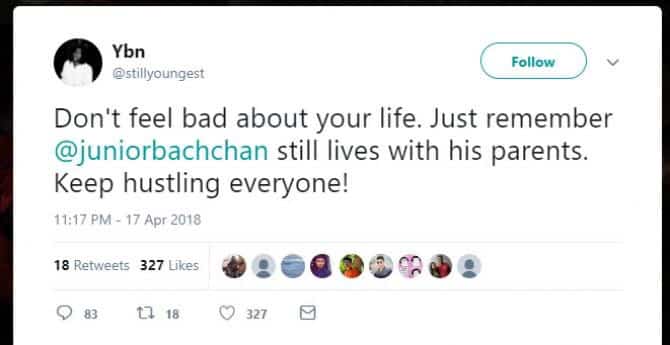 Little did she know that she was messing with the wrong guy. Abhishek responded to her tweet, “Yes! And it’s the proudest moment for me to be able to be there for them, as they have for me. Try it sometime, you might feel better about yourself.” 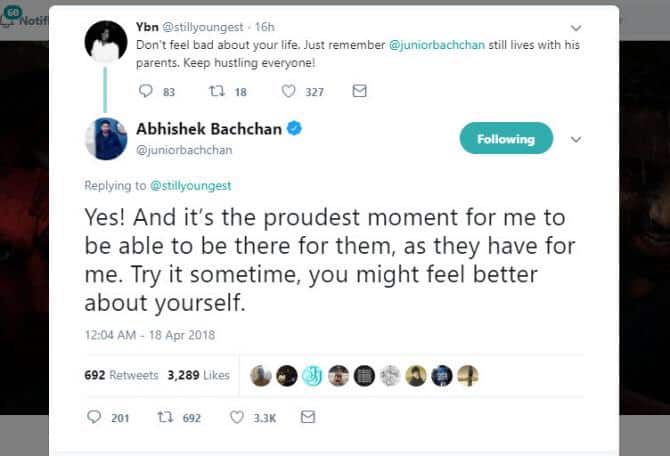 Well done Abhishek! Not only that, when a fellow Twitterati asked Abhishek as to why did he reply, the Guru actor wittily replied, “Sometimes they need to be put in place.” 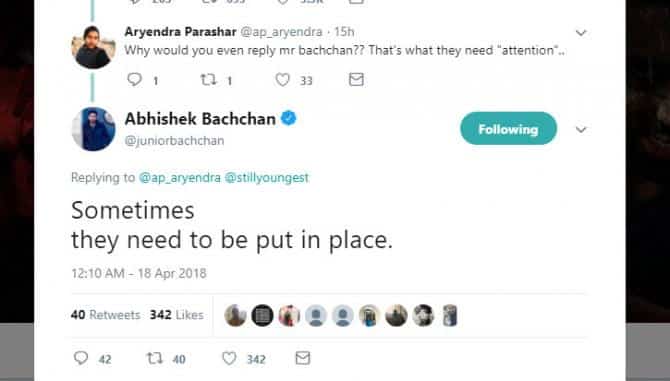 This is not the first time that Abhishek Bachchan has smartly shunned a troll. Last year on December 03, 2017 when his wife Aishwarya Rai was clicked at a wedding along with their little daughter, Aaradhya Bachchan, someone on Twitter asked Abhishek if her daughter ever goes to school or not. And junior Bachchan replied, “Ma’am, as far as I know, most schools are shut for the weekend. She goes to school on the weekdays. Maybe you should try it considering your spelling in your tweet.” 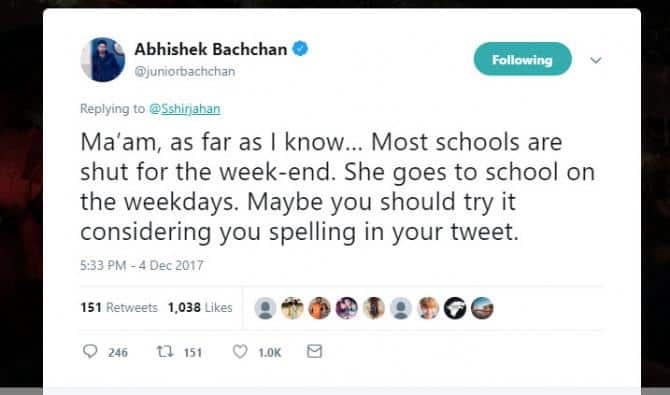 Another instance earlier when Abhishek Bachchan proved that he would not spare anyone saying against his wife or daughter, was when famous comedian, Aditi Mittal tweeted, “Aishwarya had to m marrying a tree first so she could marry a rock (mince Abhishek can’t act no?)” To this Abhishek replied, “the question mark at the end suggests that you have a doubt, mince, there is hope for me. Yay!” 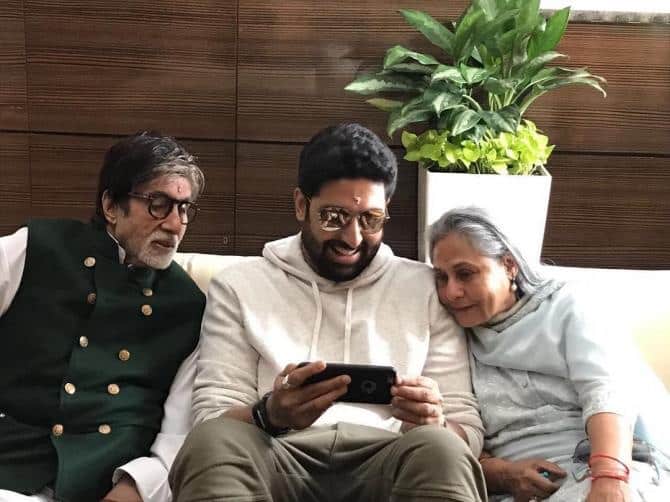 Coming back to the fact of Abhishek Bachchan still living with parents, former Miss World, Aishwarya was asked a similar question in 2005 on David Letterman’s talk show. As per Hindustan Times, she had proudly replied, “It’s fine to live with your parents because it’s also common in India, we don’t have to take appointments from the parents to meet for dinner.” 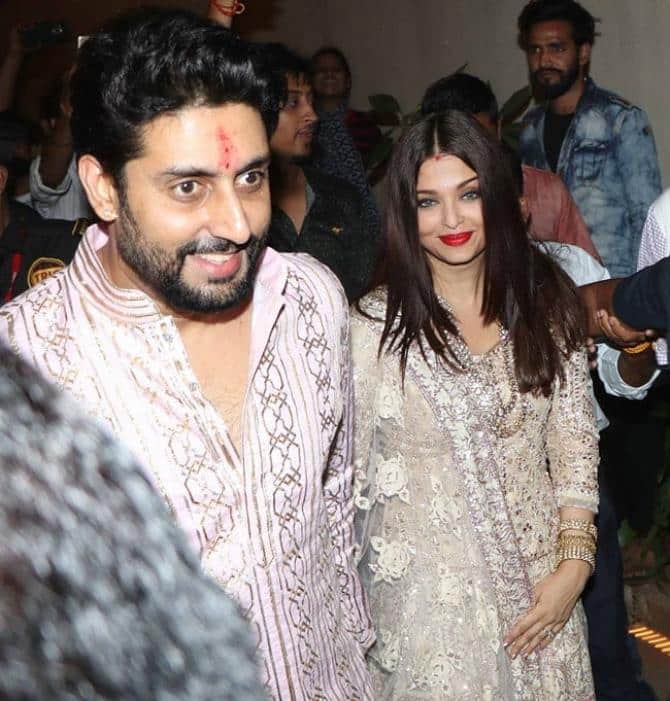 On the professional front, Abhishek is currently shooting for Anurag Kashyap’s Manmarziyaan alongside Taapsee Pannu and Vicky Kaushal. Wife Aishwarya will next be seen in Fanne Khan starring opposite Raj Kummar Rao and Anil Kapoor.

Facebook Twitter Pinterest Tumblr The Ambanis on Monday hosted Ganesh Chaturthi celebrations at their home Antilia, which saw several members from the film fraternity. Bollywood actor Amitabh Bachchan along with wife and son Jaya and […]