One of the finest films of Bollywood, ‘Paa’ ruled the year 2009 with receiving many prestigious awards turns 10 today. The film was critically acclaimed by the masses and the star cast was praised for their good work. This R Balki film revolves around a child ‘Auro’ (Portrayed by the living legend, Amitabh Bachchan) and his relationship with his father (portrayed by Abhishek Bachchan).

Also Read: Amitabh Bachchan Off to Poland for Final Shoot of Chehre

Auro is a child suffering from a rare genetic condition known as progeria, a genetic disorder that leads to quick acceleration of the ageing process in children. Today, as the note-worthy film completed 10 years of its successful release, Vidya Balan who played Auro’s mother in the film took to her Instagram status to express her amazement.

Vidya Balan who is currently busy shooting for a biopic on Shakuntala Devi, took to her Instagram status and shared the film’s poster with ‘a decade gone by’ written over it. She also expressed her happiness as she also captioned the picture as, “can you believe it?” Moreover, a hashtag #10YearsOfPaa is also trending on Twitter and Mr. Bachchan has shared a few interesting posts related to the film on his Twitter handle. There are too many congratulatory messages on Twitter for Big B on the film crossing the milestone. 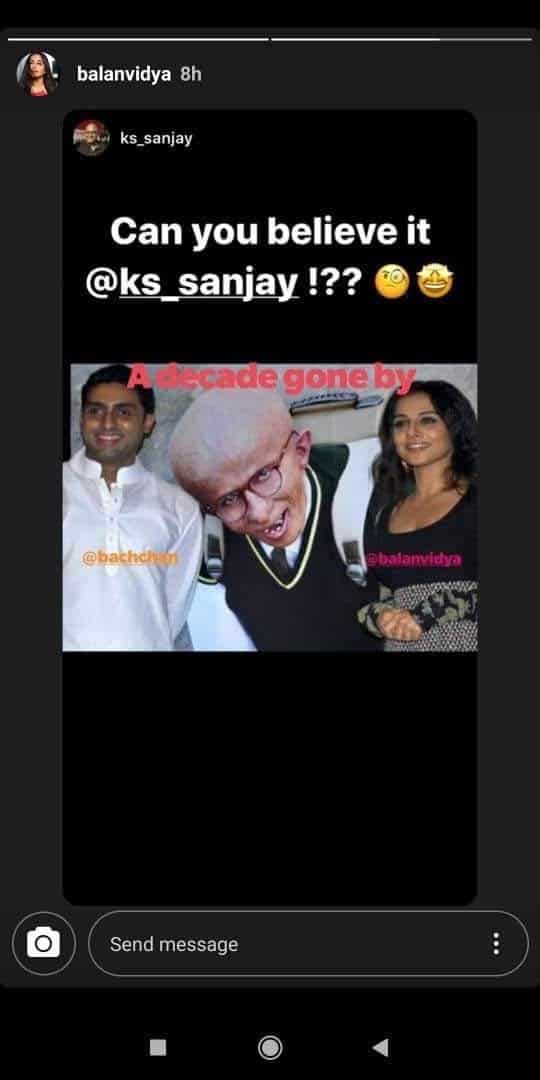 With a voice that needs no introduction, Amitabh Bachchan has enthralled audiences as a singer and voice artiste for five decades […]

Facebook Twitter Pinterest Tumblr Sujoy Ghosh’s Badla has been faring extremely well at the box office adding to the list of successful content-driven films this year. Hailed by the critics for its gripping narrative, the […]